A pack of scarlet threads found in the storage space of my old house in Ukraine, produced in the Soviet Union between '60-'80 with an old silkscreen label attached to it “SPUTNIK” S.M.Kirova”. USSR lagged far behind the West in terms of everyday technology and automatized production at the same time dreaming of the outer space; leaving the earth behind and finding its freedom in the borderless cosmos. What was the value of human labor? And how has it changed compared to today?

The old found threads label were commissioned to be embroidered by their own threads by two Ukrainian women in the age of 30-40 ( Svetlana & Svetlana ). 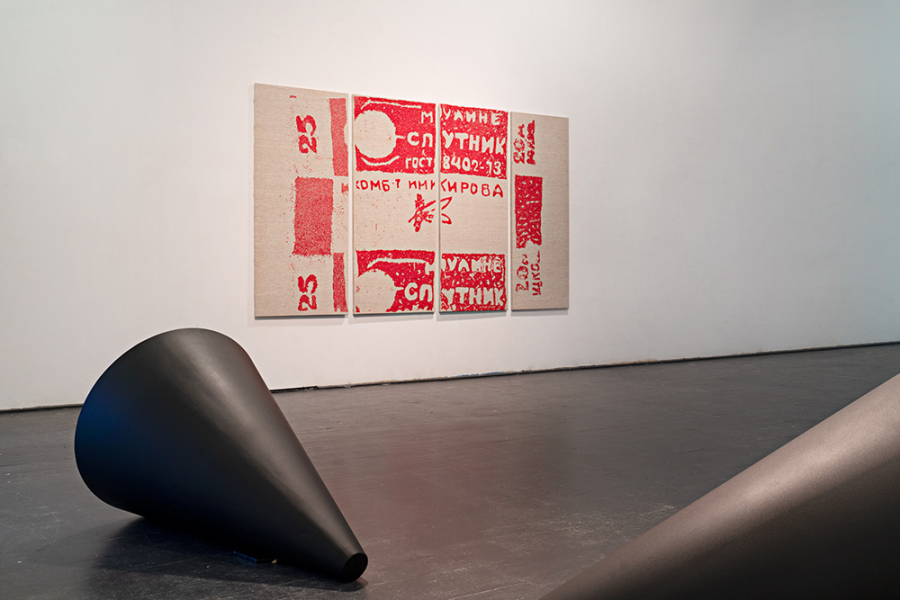 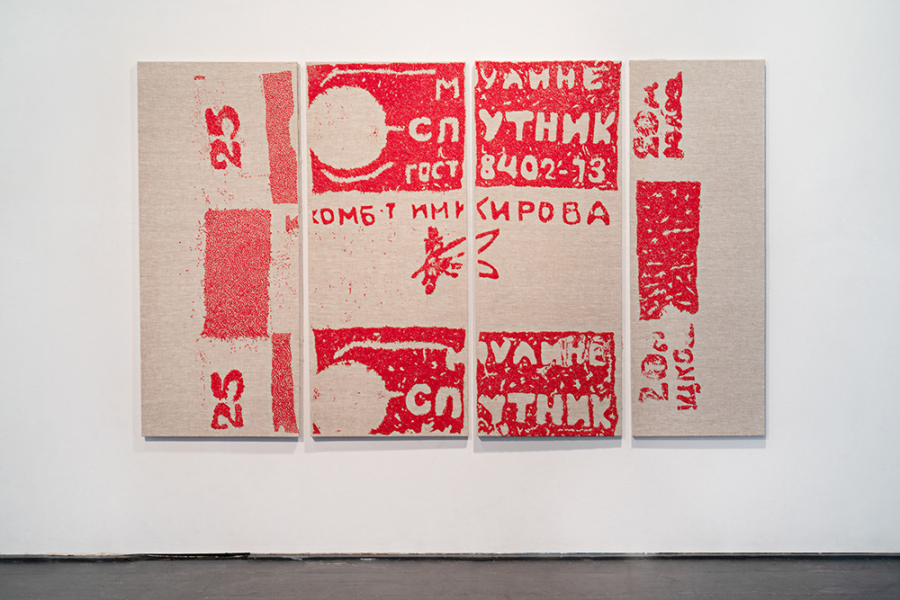 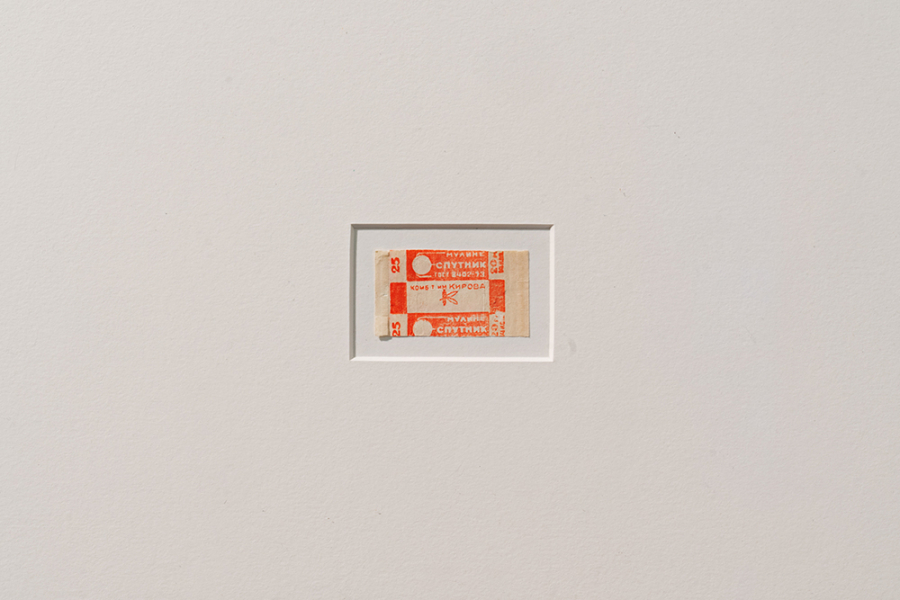 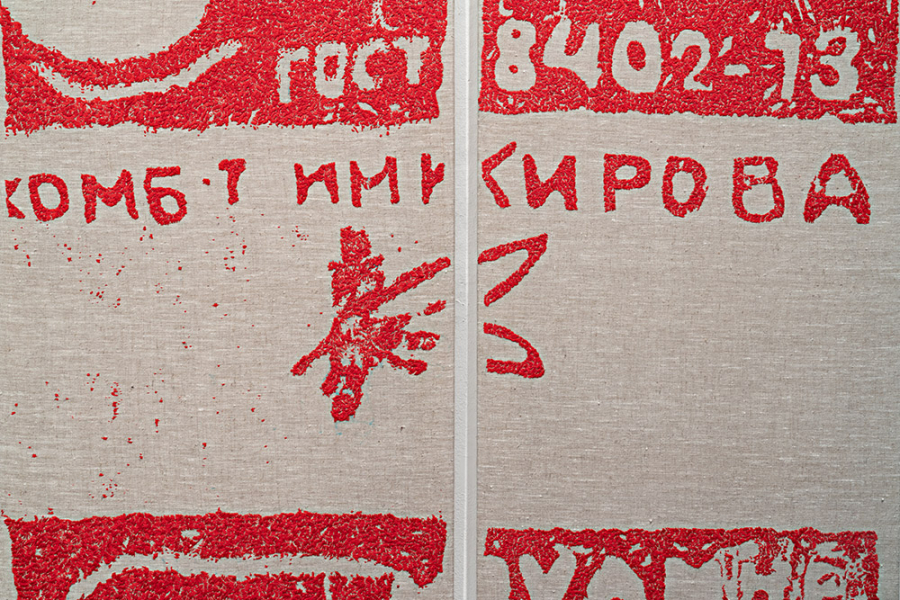 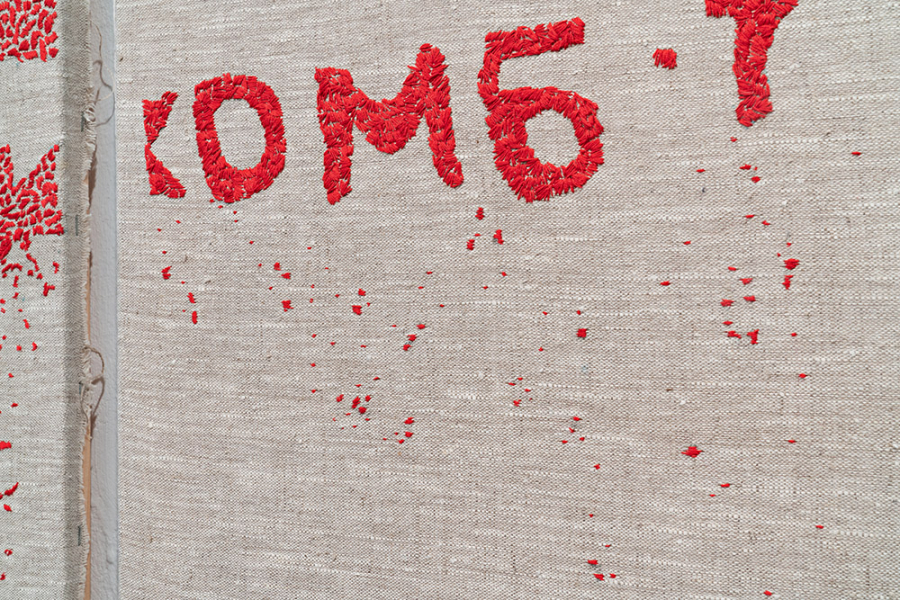